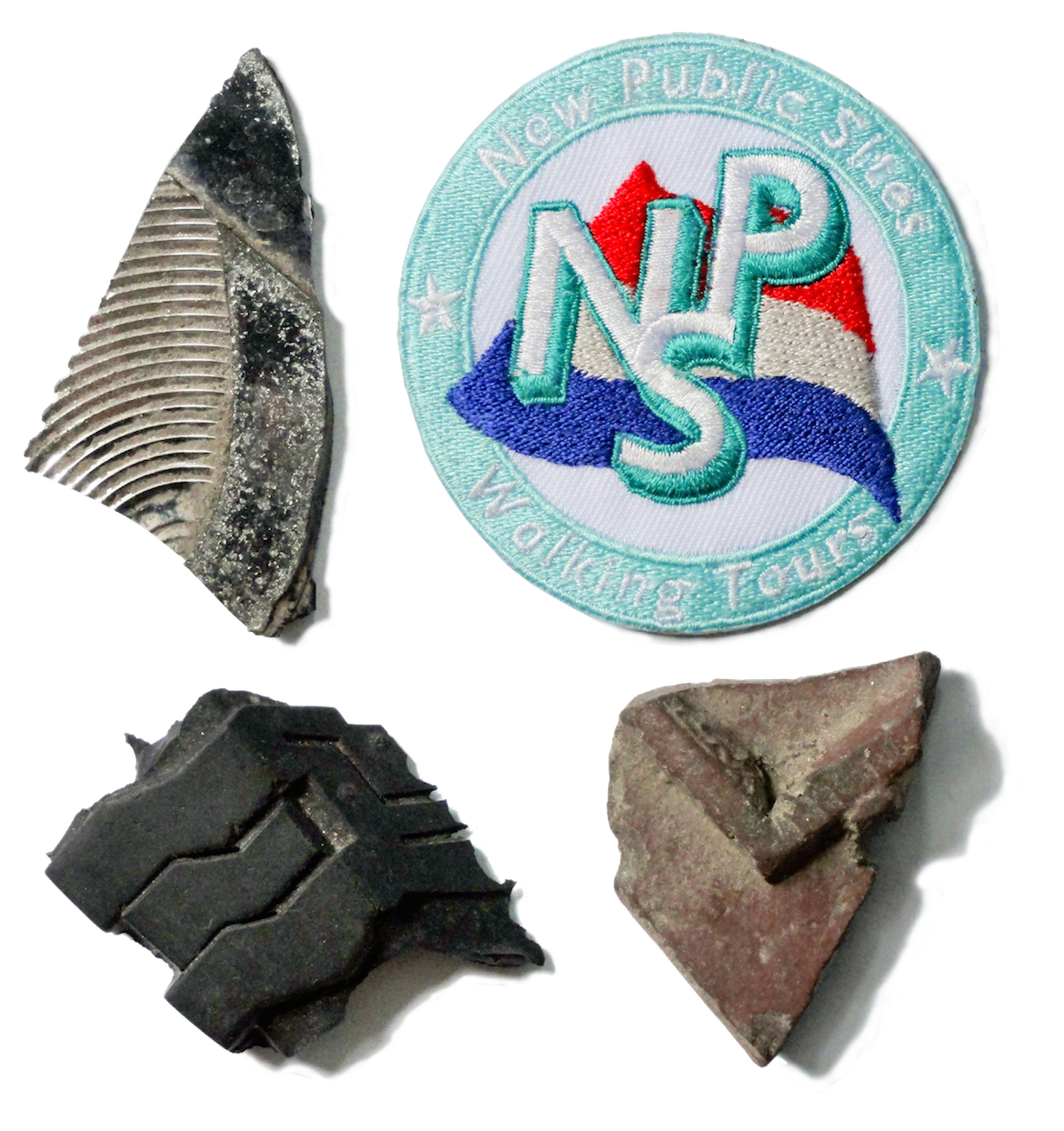 The New Public Sites – Station North Avenue project invites a practice of “radical pedestrianism” that pushes urbanite agency, interprets the overlooked and banal and investigates the negotiable nature of the built environment. These psychogeographic tours began at Station North’s northeastern, parallax gateway and continued towards the district’s northwestern sub/urbanely ambiguous crossing. Along the way, the tours featured places such as a billboard-framed vacant lot identified as “Clear Channel Commons”, North Avenue’s impressive median strip, which is likened to “Barrier Islands”, plus a selection of Anniversary List businesses. The New Public Sites Kiosk provided information on the project and offered a bulletin board for local events while serving as a meeting point for tour participants. Free NPS-SNA maps for self-guided tours were also available in the gallery. 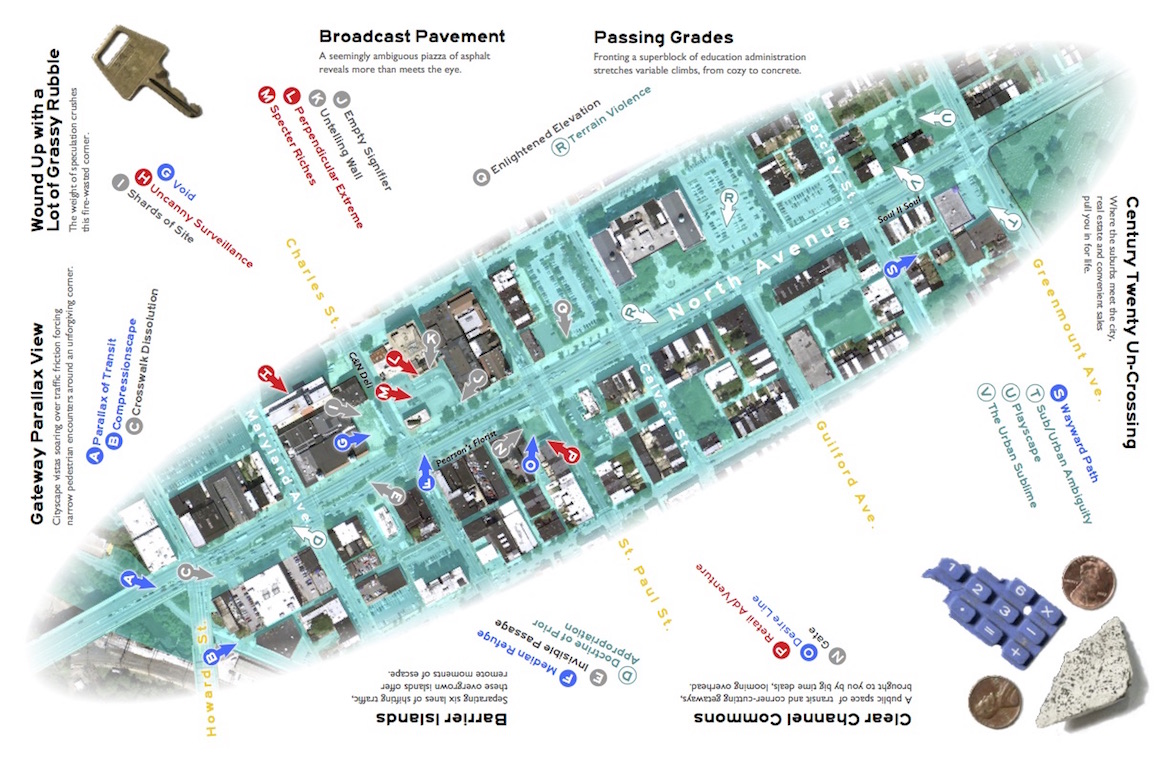 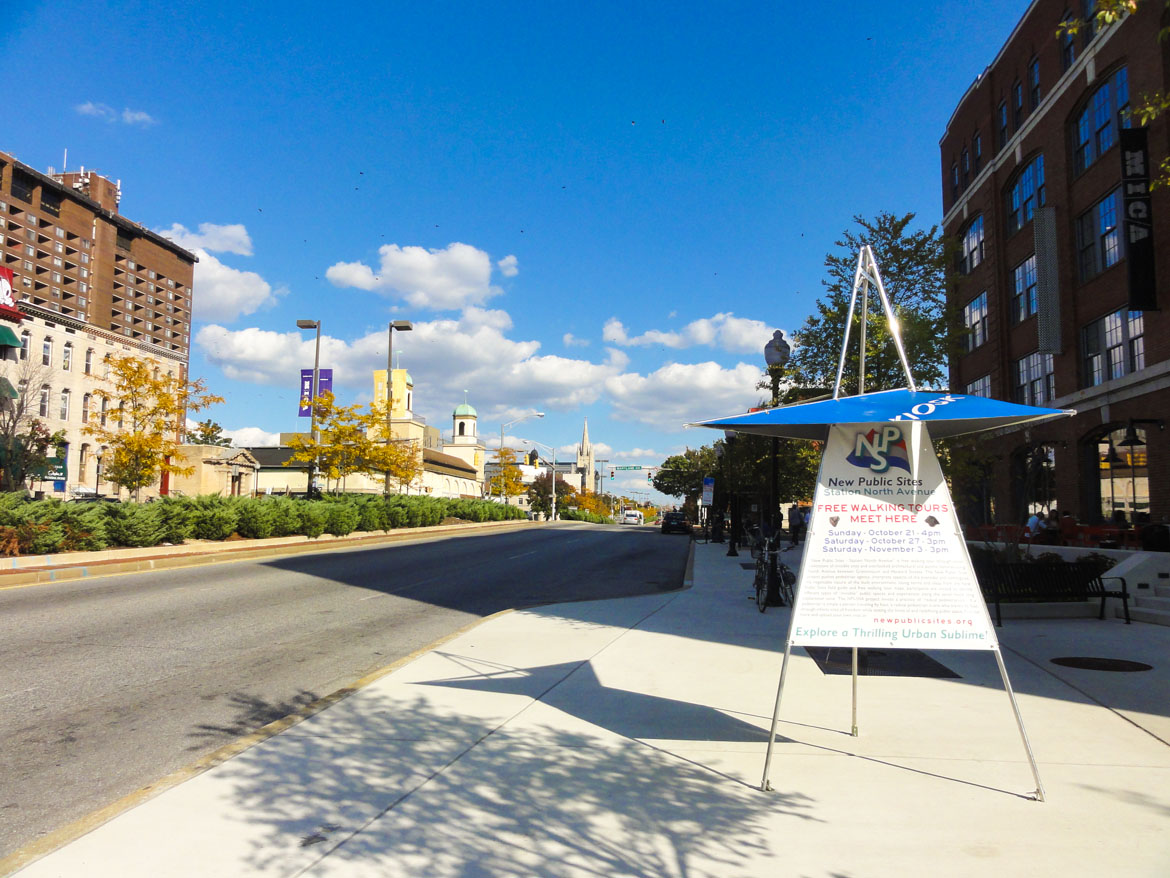 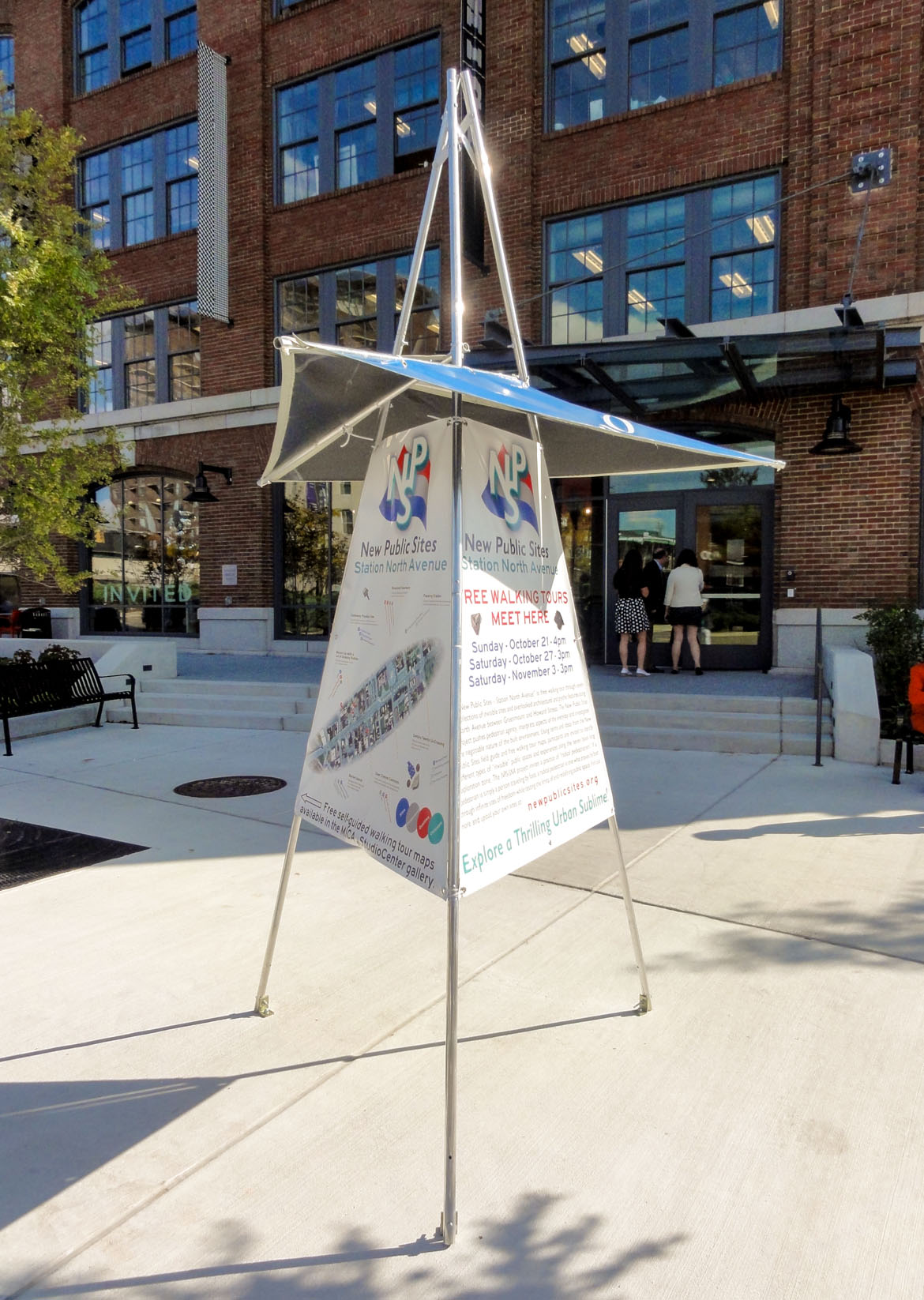 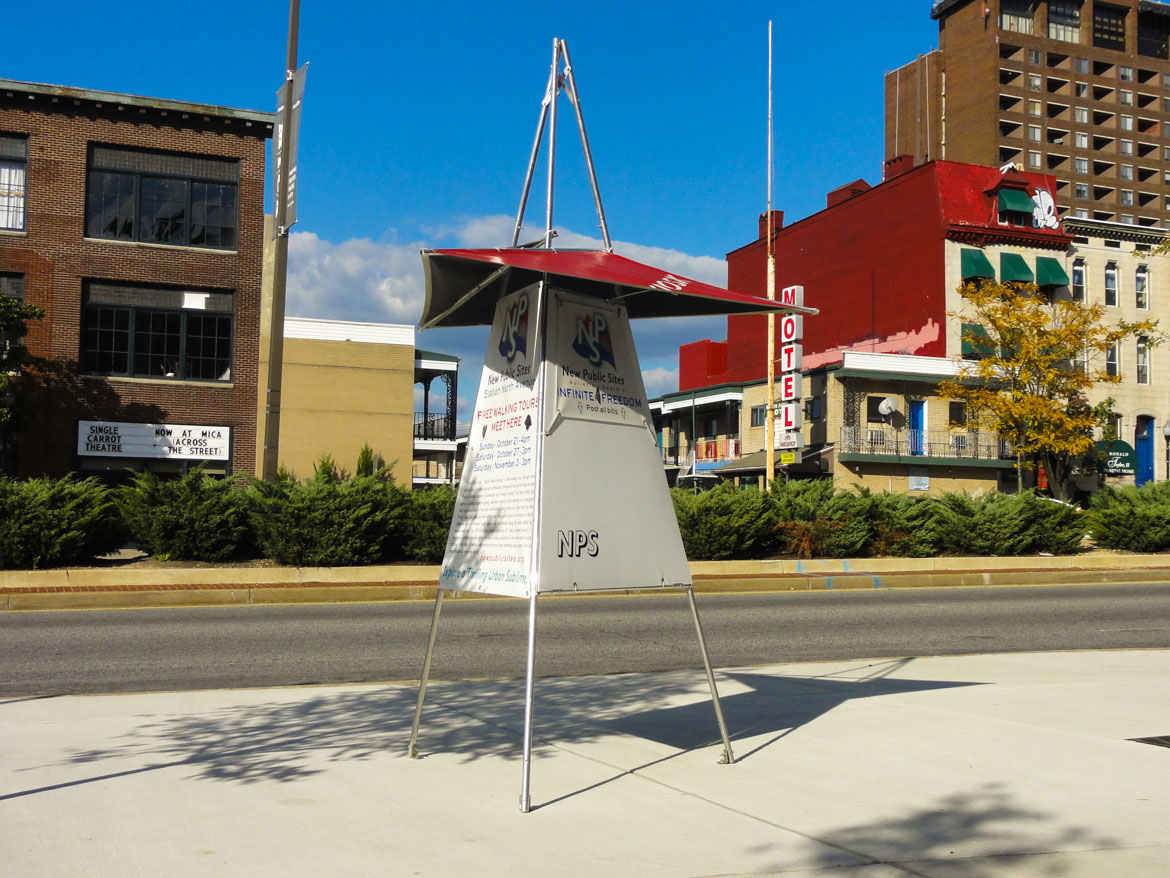 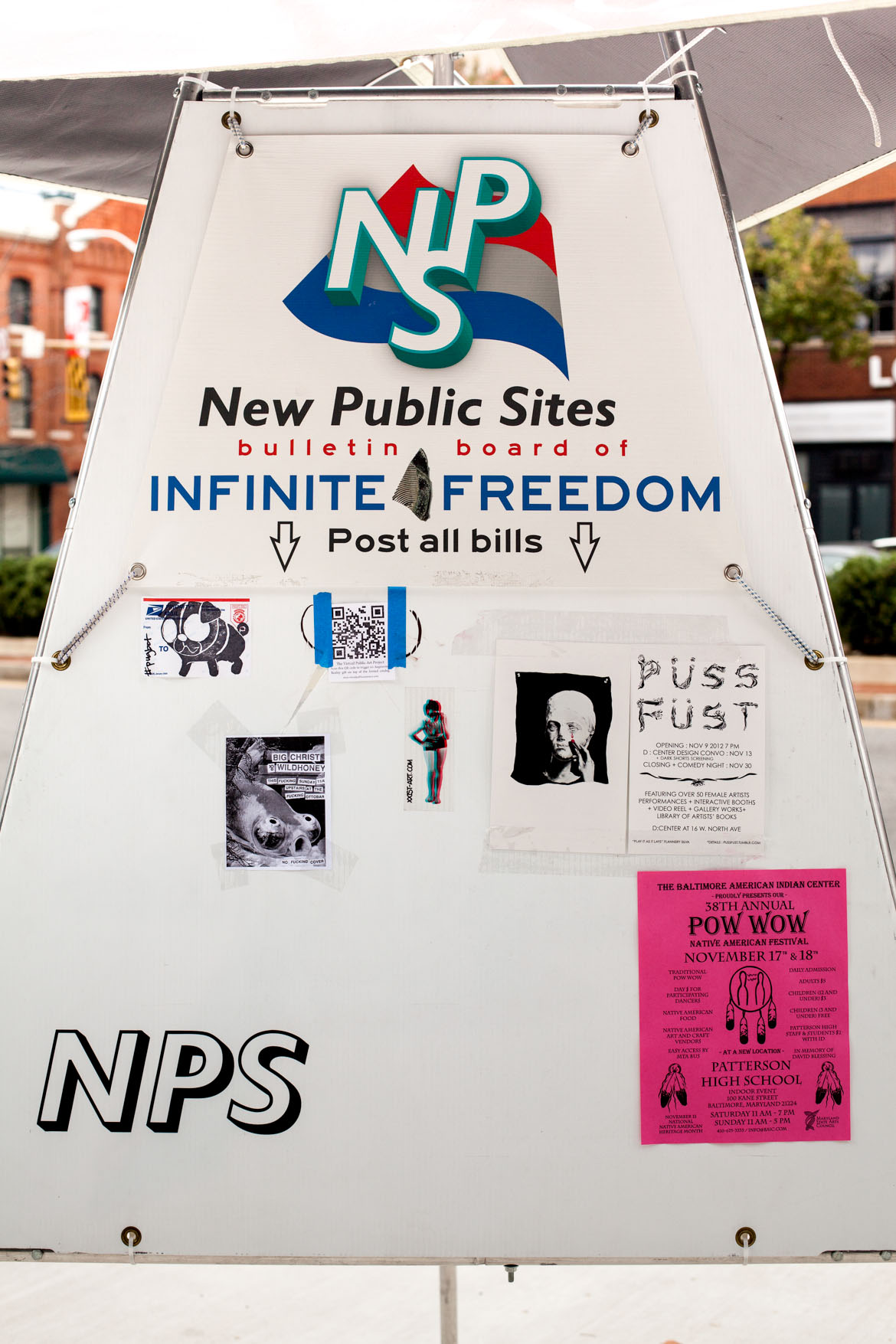 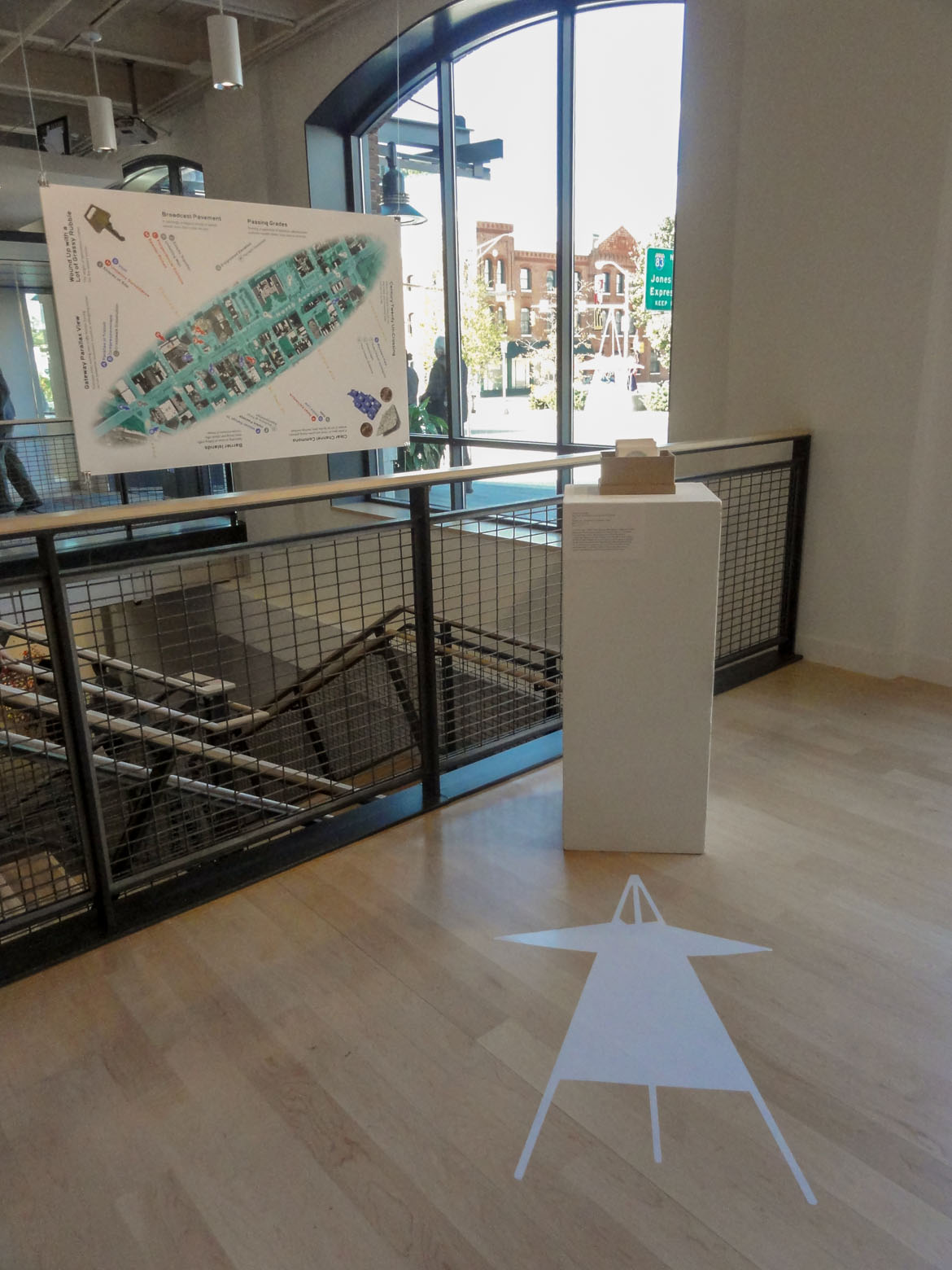 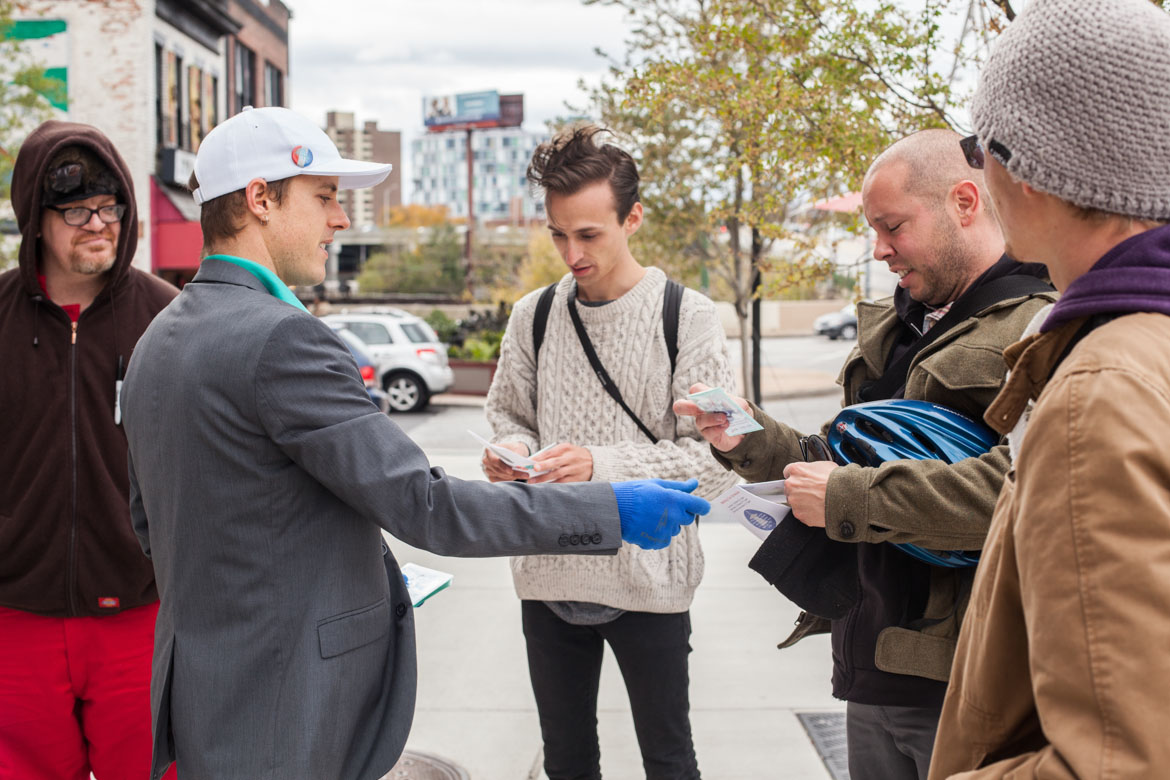 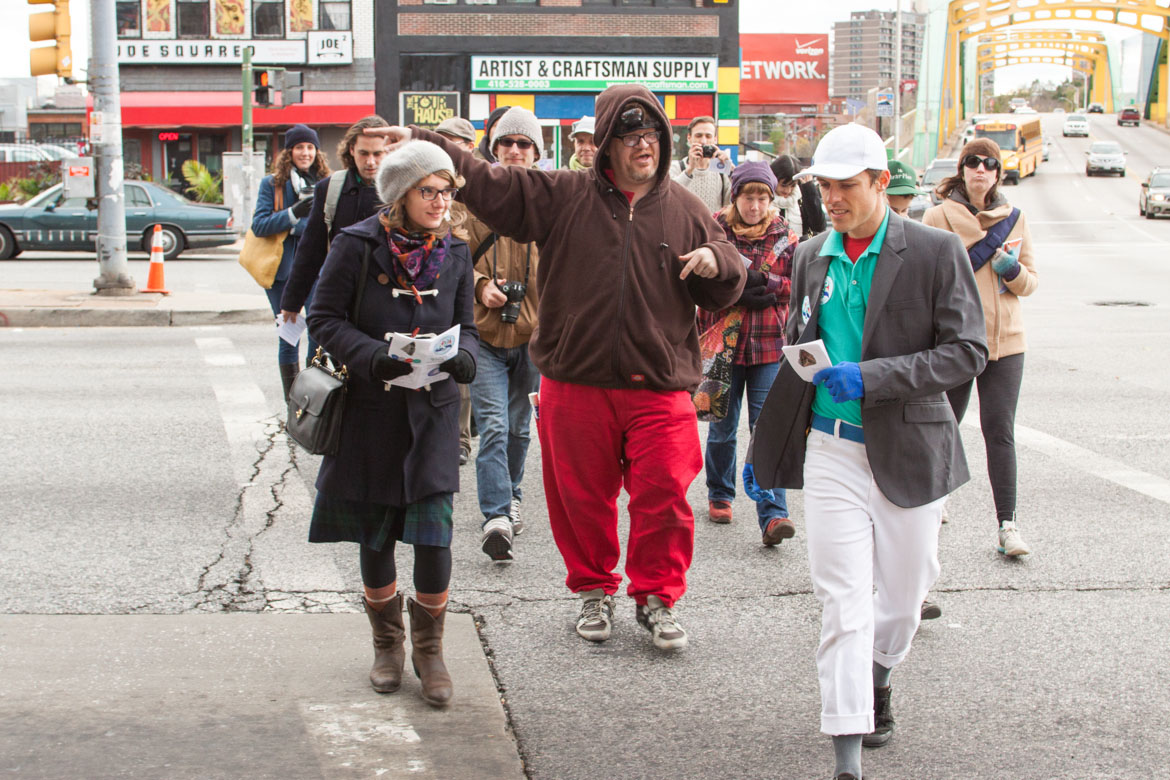 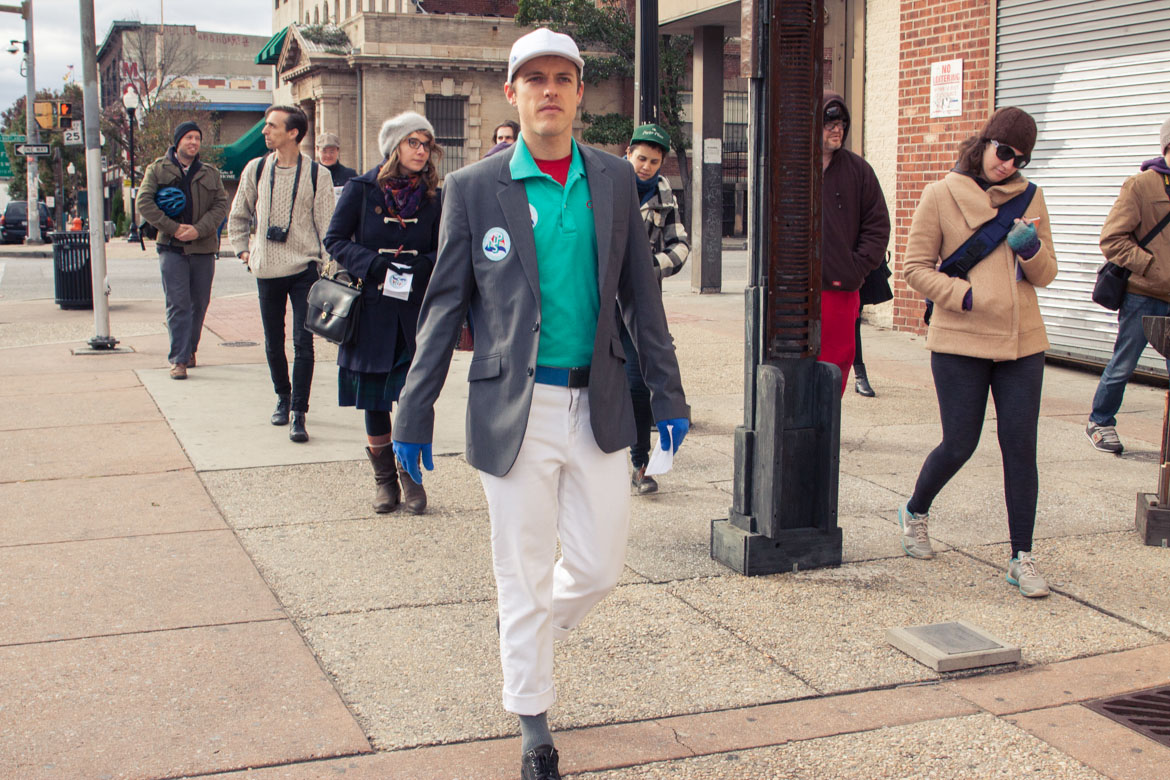 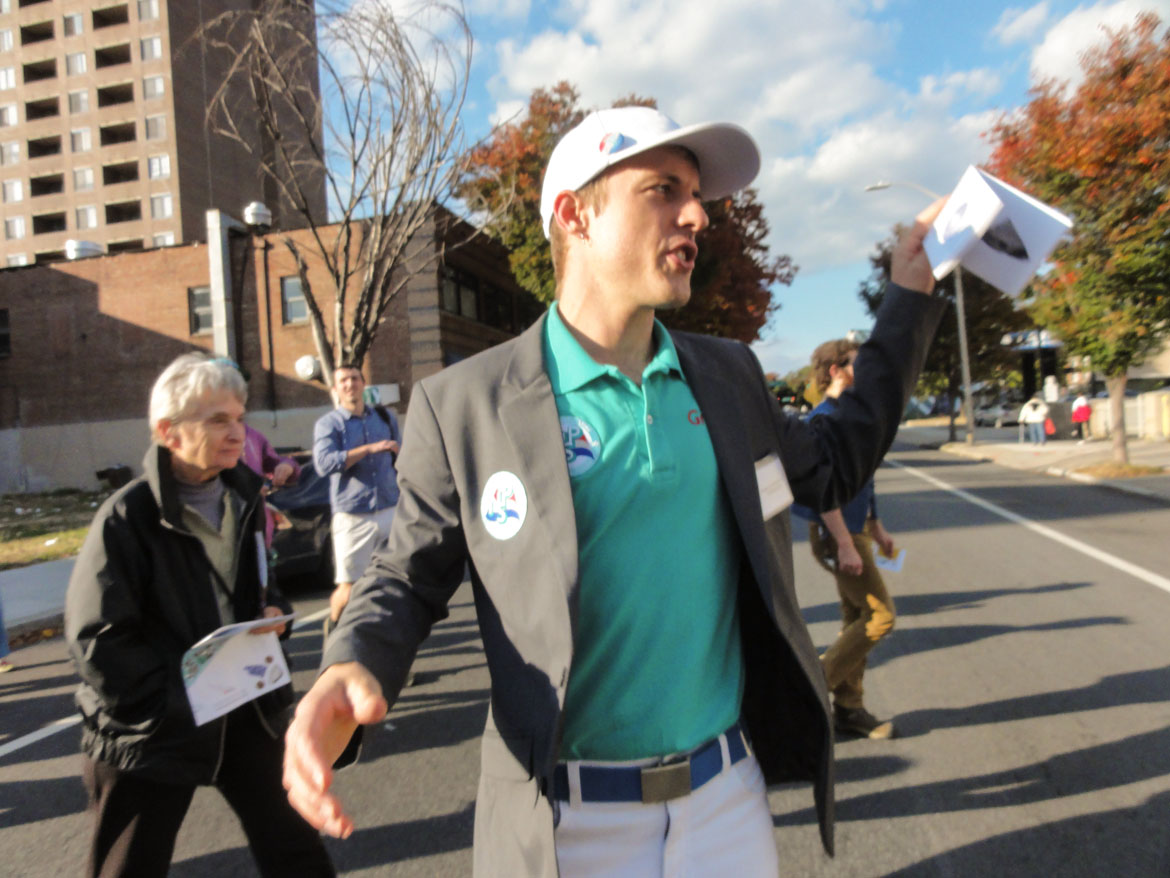 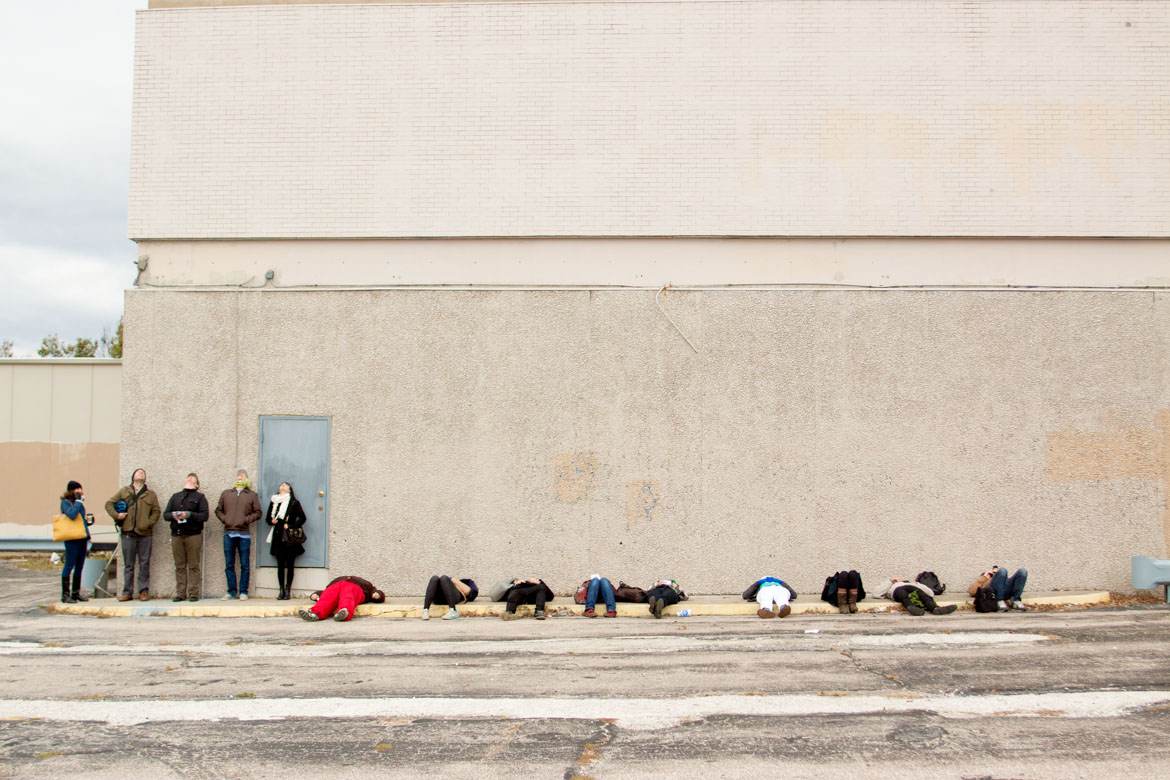 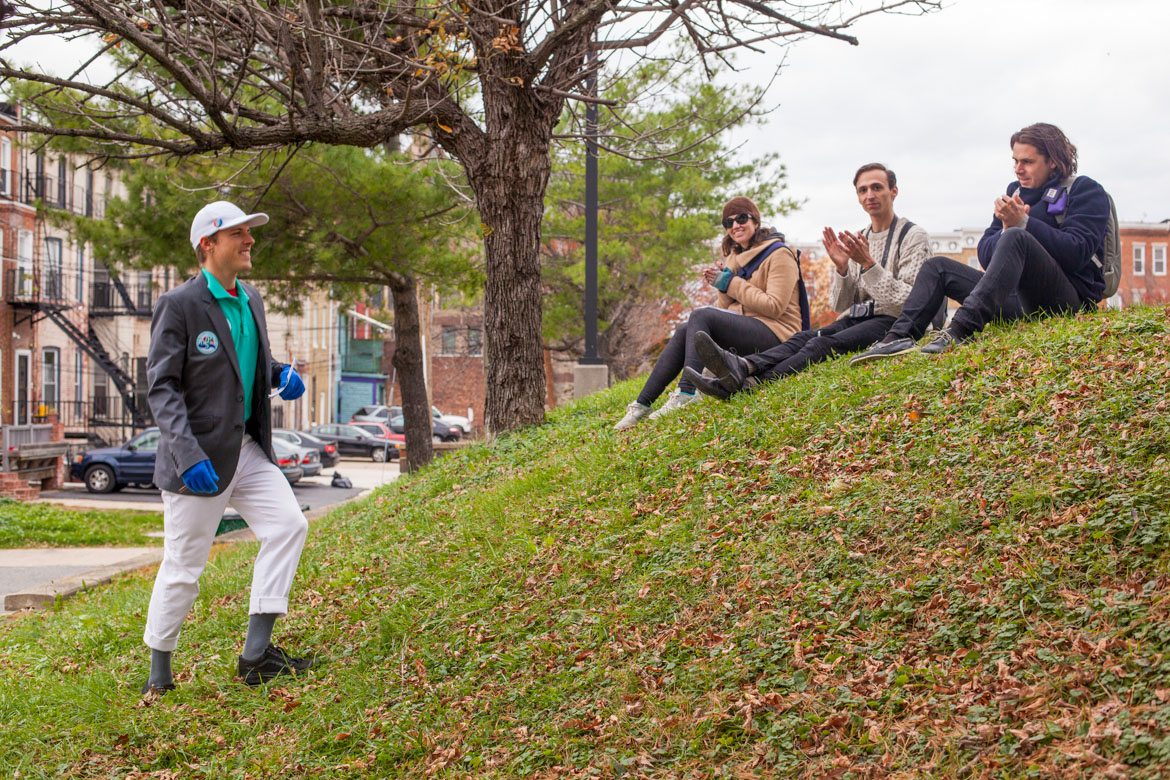 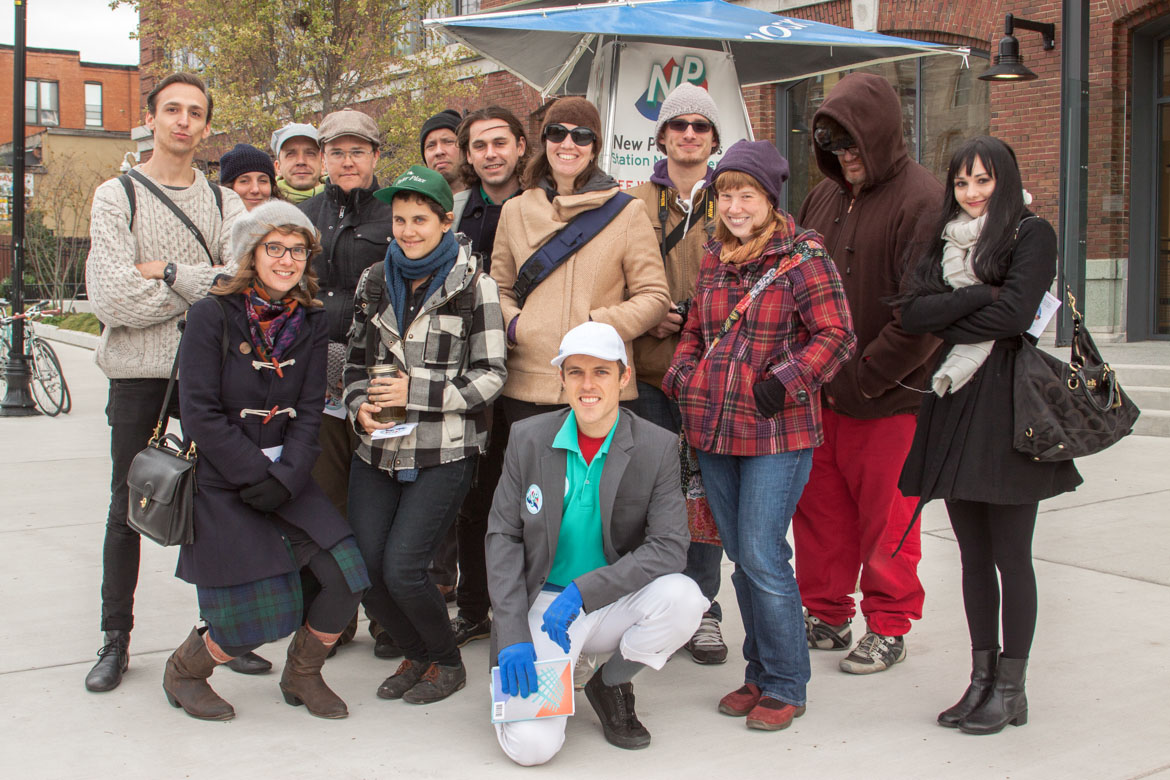