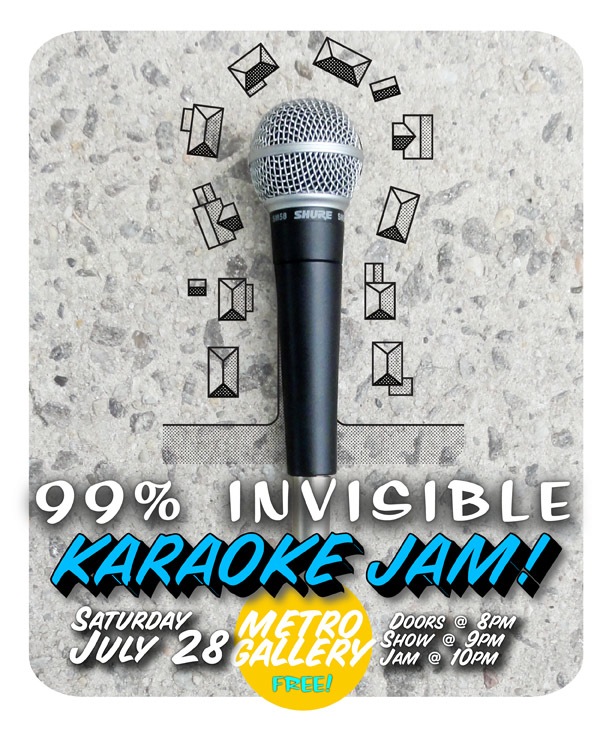 99% Invisible, an award-winning radio show about architecture and design, wants you to sing along with the launch their third season. Hear the world premiere of a new episode, “Names vs. the Nothing,” featuring a New Public Sites tour of the Baltimore Travel Plaza, chat with San Francisco-based host Roman Mars (via Skype), and belt out your favorite karaoke tunes into the wee hours. Curated by 99% Invisible producer Sam Greenspan. Karaoke Jockeyed by Graham Coreil-Allen.

This event is FREE and open to the public. Donations to the 99% Invisible Kickstarter campaign are suggested. Facebook event page here. View the full event poster here.

#AboutInside #drawing from a guided meditation by

“We must decolonize ourselves.” A Columbus sta