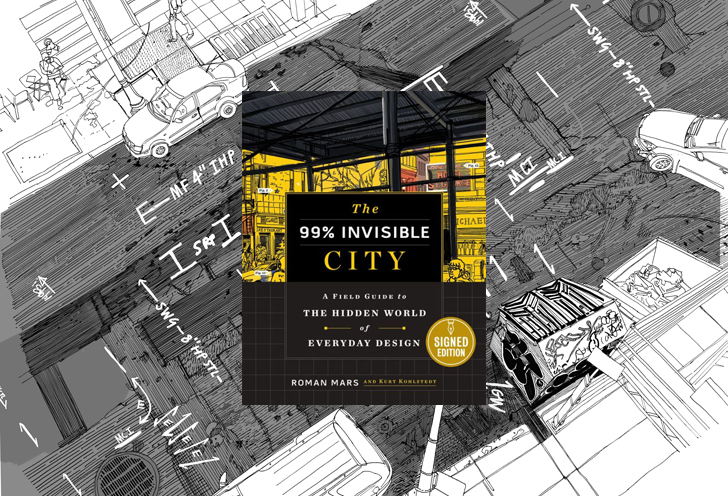 I’m excited to share that New Public Sites has once again been featured by the producers of hit radio show 99 Percent Invisible. Back in 2012 99pi senior producer Sam Greenspan and host Roman Mars featured this work in episode #60, Names vs The Nothing. Eight years later I’m honored to have our New Public Ideas featured in The 99 Percent Invisible City: A Field Guide to the Hidden World of Everyday Design. If you’ve enjoyed New Public Sites concepts, walks, videos, and installations, then you will love this collection of stories and illustrations about the invisible design behind cities. You will find New Public Sites featured on pages 278-279, under “Accessible Voids: Nameless Places”. Roman Mars writes that the, “swirling spaces trapped between highways might never be parks or places for civic rallies, but perhaps they have some uses yet to be imagined by someone who sees them as something more than interstitial voids.” Order your copy through a local bookstore today! There are also a limited number of signed copies in stock at Barnes & Noble as well as participating local bookstores!